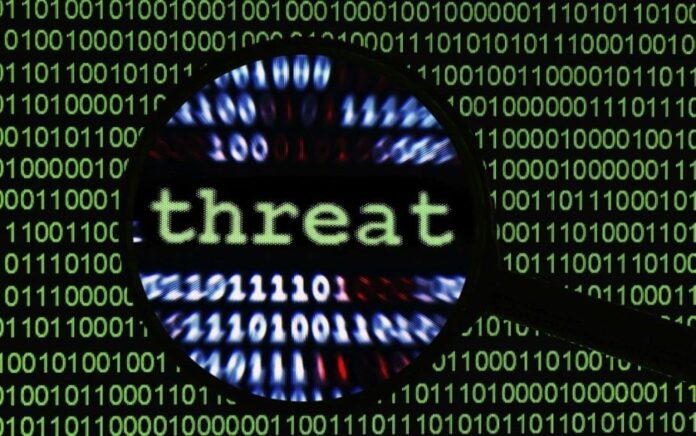 Michael Gregg – the COO of the company called ‘Superior Solutions’.

– Michael, thanks for coming in first off. More and more people are doing banking online these days. First, let’s start with banking trojans – one of those.

– Banking trojans are pieces of malware that are dropped on to a computer, where the hacker or bad guy can actually pick up or intercept your banking pin number on your logon. So that’s actually a piece of malware that’s dropped on your machine to intercept this information where they can access your account and steal your money.

– Which is obviously quite disturbing. So how can you find out? You know, the defenses that you can buy for your computer – McAfee or Kaspersky – any of the antimalware things that can help you out? Is that what you need, or is this beyond that?

– That’s true. And once again, one of the big techniques that’s used there with Facebook is someone may send you a link or a suspicious-looking link, again trying to get you to click on it, go out there to one of these sites that has malware loaded on it and then take over that account.

– There are also things called ‘tiny URLs’. What are those?

– Tiny URLs are these tools that can be used to reduce the size of the URL. You see them used in sites like Twitter and others, and while they’re useful, while they reduce the size of the URL, the problem is that you can’t see where you are being redirected to. So there are add-ons that you can get for your browser, like for Firefox, and actually place that on there, which will allow you to actually see the URL that you’re being sent to before you go there.

– It sounds dangerous to be in cyber space these days. Text messages – is there a way that scammers or hackers can get at your text as well?

– Yes. One of the big things with apps is to stick with known sites such as the AppStore or known developers of known apps. If someone’s trying to offer you an app from a third-party site and maybe trying to give it to you for free, or the site doesn’t look quite right – you might wanna, you know, exercise a little caution there.

– How about online ads? We get a lot of those popup ads that look too good to be true when we go to a certain website. Probably that’s the case.

– That’s a big one. Another big one that you see now is called ‘rogueware’. And rogueware is that hell thing where you get this pop-up and it might say that your computer is infected and something’s wrong with it. And then, what it’s trying to do is get you to click on a link, download a piece of software that pretends to be antivirus or antispyware that’s actually just going to either do nothing or further infect your computer.

– Well, there’s a lot to be aware of. What kind of stress might I get from using my computer now! Okay, very good. Michael Gregg with ‘Superior Solutions’. Thank you for coming in, just to give you a brief glimpse of some of the things that are out there so at least you can be aware and try to protect yourself. Thanks you Michael.