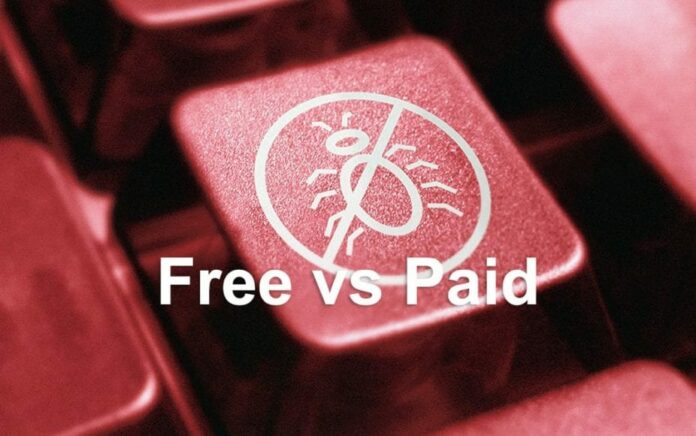 Offers for free antivirus software – there are everywhere. But is software that you really don’t have to pay for really going to protect you from the viruses? Michael Gregg – a cyber security consultant and President of ‘Superior Solutions’.

– Michael, we appreciate your being with us. So what’s the problem with the free antivirus software? Seems like a good deal.

– If you don’t have antivirus software at all, you say that can end up costing you money down the road?

Most definitely, because if you don’t have antivirus software at all, it’s really just a matter of WHEN you’re gonna be infected – not IF. And all your personal data, your financial information, your credit card information could be at risk. And in the end of the day – you know, when you get your computer repaired or try to recover from this – you’re still gonna have to buy antivirus at some point.

– And how much does it typically cost? Do you recommend anything?

I’m probably not going to recommend one brand, but the major antiviruses (Norton, MacAfee and the others) are all pretty good products because most of the ones you pay for protect you from more than just viruses – they also protect you from malicious websites, they give you alerts if you try to click on the wrong link or go to the wrong site.

– And how much are we talking usually with those?

– And if you do scamp and you decide not to get it – I mean, down the road there can be some pretty serious things, like criminals could get into your computer. That’s one of the items?

Most definitely. What can happen in long term is your system is gonna be infected and you may not know it. You may know it because your system could run slower, it could crash, you could lose all the information on it. Or they could simply drop what would be called a keylogger on there and start recording anytime you’ll enter a credit card number, a bank account number, and really then you might be a victim of identity theft.

– And you have to hire a professional to fix some of these problems if you don’t get the antivirus software?

– But antivirus doesn’t protect against everything?

No, unfortunately it doesn’t protect against things that are called O-day attacks, or zero-day attacks – that’s the stuff that’s just come out. And even we’ve seen recently in the last week or two with Twitter, they had one that was a mouse-over attack.

You simply just move the mouse over the link and it would execute on your computer.

Phishing is where they send you an Email and through the Email they say they’re your bank, your credit card company, and they ask for financial information. And they Email may appear real but it’s actually not. They are trying to get you to go a malicious site.

– Of course there’s brand-new virus every day unfortunately. There are people out there that are trying to do harm to our software, so we wanna keep that updated. Alright, Michael Gregg, thanks so much for swinging by.