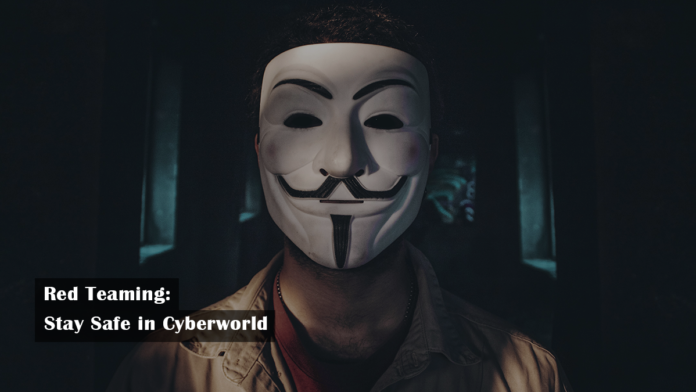 Are you interested in an IT infrastructure audit? Then, you might have heard of ethical hackers. These specialists are into monitoring the vulnerabilities found on the website, network, IoT. They check out the weak sides that may be exploited by the real hackers. Quite frequently, in the process of penetration testing, the cybersecurity professionals offer a sort of roleplay. Red Team of attackers against Blue Team of defenders. You definitely need Red Teaming if you don’t want to be red-handed.

Game is worth the candle

Imagine you own an enterprise or run a business. Your security service works quite well. You never forget to monitor employees and even launch video surveillance. You claim to have been protected at all the levels. But what if the hacker has already discovered your website, server or network? He should be reconnoitering the ground. In our experience, in case a cybercriminal is interested in you, he will find a way to hack you. In this instance, even a wonderful IT department cannot protect from the threat.

In the research provided by Deloitte, the history of Red Teaming is mentioned. This concept harkens back to the military practice of German war planners in the XIX century. People understood in case one wanted to hold off an enemy attack, he needs to think like his opponent. As well, one had better take into account weather, logistics problems, human factor, and any other circumstances of insuperable force that might have impacted military course of actions.

This is how the war planners suggested to train in German castle Schloss Charlottenburg.

According to the rules, two players had to operate step by step. Each action took no longer than two minutes. The length was chosen in accordance with the barrage. In the meantime, the third player prioritized targets by rolling the dice. Every two minutes the initial course of actions changed. New and new circumstances of insuperable force were taken into consideration, so far. It’s been a long time coming but now both businesses and corporations apply for Red Teaming and penetration testing to assess potential threats critically taking all the possible problems into consideration.

In 2018, European Central Bank created a platform to govern the application of red teaming based on the idea of digital threats handling. Threat Intelligence-Based Ethical Red Teaming (TIBER-EU) has been designed to serve European and national financial institutions to test the vulnerabilities in the system and increase the stability against advanced cyber-attacks. Today, the Red Team of ethical attackers has gained popularity not only in the banks but also in other industries.

Ethical, or white hat hacking opens new horizons for business people. That’s a chance to watch the system security from inside. Today, more and more companies are ordering such services. They also claim to have won after the monitoring in the gamification mode.

Your Internet Service Provider Knows More Than You Think