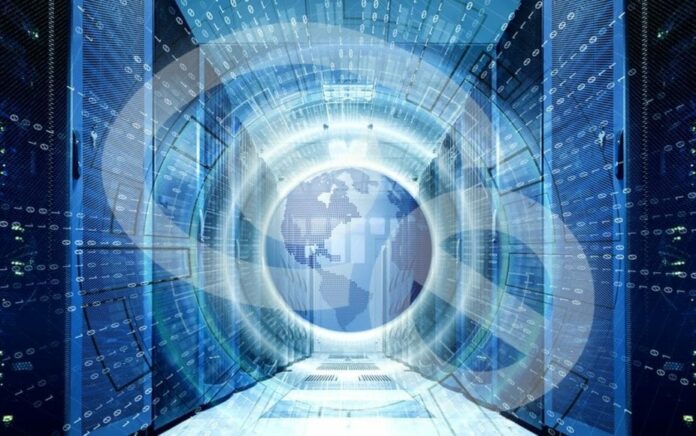 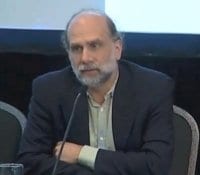 First it is the technological trends. We heard about this a little bit at the previous panel. Basically the way to think of what’s going on is that data is the by-product of the information society.

The commerce; as soon as I buy something – credit cards, affinity cards. I don’t know if they have it here in New Zealand, in United States we have automatic fare collection systems, where I’ll drive over a bridge and there’s a transponder. Instead of throwing a coin into a tollbooth, there’s a transponder, and a transaction record is generated – where I was, when I was. This naturally happens.

Data is also a by-product of information society and socialization. Nowadays computers and companies are mediating our social interactions, whether it’s e-mail, whether it’s SMS, whether it’s IM or social networking sites. There used to be conversations of two people talking to each other; they are now collected because there’s data associated with this. Again, this is natural.

And what we’re seeing is a sea change in the world of personal data. All this stuff is increasingly stored and increasingly searchable. Data storage drops to free, data processing drops to free, and stuff that even 5 years ago you would throw away, you save. Because the marginal value of saving it only has to be so low. We’ve all hit the point in our e-mail lives, where, while we used to only save the important stuff, we all stopped. Now we save everything. It’s easier to save everything and search it than is to figure out what to throw away. That’s exactly what’s happening in the world large.

We’re all leaving digital footprints throughout our lives.

So the result is we’re all leaving digital footprints throughout our lives. Big data knows exactly where I am, exactly what I’m doing and exactly who I’m doing it with. They know the dinner reservation I made tonight, they know everyone I’ve spoken to; it’s all out there. And this is not a question of malice; it’s just a natural by-product of computer technology.

Second – Legal trends. What can be done with this depends on local laws. In general, the trend is for laws not to mess with technology. In the U.S., at least, most of my information is not owned by me. Like Google or Hotmail owns my email; online merchants like Amazon own the books I buy; medical and credit reports, phone records – there are data bureaus that buy and sell this.

It’s the business trends: this data has value. There’s value from marketing, like personalization. Let’s use Amazon, Amazon is a great personalization service. They recommend books I might want to buy based on the books I’ve bought. I like that, that’s process streamlining. One click and I get a book – it’s great. And control, security – my account is protected on Amazon based on personal data of mine. And there’s a primary and secondary market for this data: Amazon can use it for their own purposes, and they can sell it to somebody else. And again, that depends on local laws; Amazon is a U.S. company, so they’re going to sell my data to some broker who knows I’m buying a book on Tourism in New Zealand, and now they know I’m going there, so I get offers about hotels.

Remember, you are not Google’s customers. You are Google’s product they sell to their customers.

All sorts of business models are enabled by this data: advertising, individual marketing, differential pricing. Lots of industries are moving to a very data-heavy business model: think of publishing, book publishing, music, mail-ordering everything, customer tracking at retailers.

We’re seeing some of the law enforcement trends; identification provides easy security. That’s one of the reasons law enforcement likes this data. It’s a substitute for authorization: “I sort of know who you are and I can sort of substitute that for what you can do.” It facilitates easy audit and judging people by their data shadows. You know, TSA watches that in the United States, determining how much of a terrorism risk I am based on my data. And then the notion of wholesale surveillance; I mean, there used to be surveillances “Follow that car”, now we can follow every car. There are cities in the U.S. that have put cameras and basically collect license plates, constantly. They know where every car is in town. There are a lot of airports that do that. Every night they’ll run a camera and know where every car is. We got surveillance backwards in time: if I save this data, I can now surveil you, what you did last year, not just what you’re doing now. These are new things.

And this has value not just for law enforcement – for marketing. Big change: systems that never forget. And we’re now going to live in the world where nobody forgets anything. That’s going to be an enormous social experiment. And one of the biggest worries I have is the amalgamation of business and law enforcement. In the U.S., data that is illegal for the government to collect, they buy from industry. And data that industry can’t get – they get from the government. And they’re back and forth; and we’re now seeing legislators proposing in the U.S. to make this data back and forth easier. I think it’s uniquely scary.

People care a lot about privacy. There’s a couple of things going on, and Facebook is in the deliberate business of making sure you don’t think about privacy when you’re there, right? They make money the more you post, the more you link to. There’s been great research done at the Cambridge University looking at about 40 different social networking sites, and all of them very deliberately hide any kind of indications about privacy in order not to make it salient.

And you can’t make a decision based on privacy, there are things more important. With that being said, young people spend a lot of efforts trying to control their privacy on sites like Facebook. Danah Boyd who studies how teenagers use the Internet has documented a lot of this: people engage in the wall scrubbing, people use aliases and people trade information about privacy settings; they do things both allowed and not allowed to control their privacy because it’s important to them.

They deliberately try to make your privacy settings obscure.

I mean, ask any teenager, and they’ll tell you what privacy is, from their friends, their parents, their teachers. We’ve all been there. Humans have not changed. What’s going on is we now have these socio-technical systems that are intermediating these exchanges. They have a different agenda. They deliberately try to make your privacy settings obscure.

When you go on Facebook, I’m using them as an example because they’re big, and the window pops up and says: “Changes made to the Privacy Policy”, we have to read this and accept it. You’re busy, you’re going on to do something interesting, you’re going to click the button that says something like: “Make this thing go away as absolutely fast as possible and stop annoying me”. And that’s the button that is going to be: “Give up your privacy”. People are not making this decision knowingly or willingly; they’re not reading those absurd privacy policies that are thousands of words long and make no sense once you’ve read it. You know, when I load an app on this iPhone, there’s a policy there about what this app is allowed to do. Would anybody in the world read it? No, you want to play Angry Birds. And yes, you’re giving up your privacy, but you are not an informed citizen; you’re not making an informed decision. And this is exactly where governments step in.

There’s a lot going on here. I hear a lot about the death of privacy. And honestly, I hear it a lot by CEOs. I mean I’ve had quotes from Scott McNealy of Sun Microsystems, Larry Elison of Oracle Corporation has talked about it, Mark Zuckerberg of Facebook, Eric Schmidt of Google, all talking about the death of privacy. And this has been predicted for, you know, years. When the camera was invented, you could read about the death of privacy; when the audio recorder was invented, when the video recorder was invented – there are lots of books, it’s always been a big seller: “No Place to Hide” by Robert O’Harrow recently; Simson Garfinkel’s “Database Nation”, “The Transparent Society” by David Brin. There was actually a book in 1969 called “The Death of Privacy”, where you can read the same things we’re talking about now. Just because the technologies exist – doesn’t automatically mean they’re being used in this way. Just because guns exist, doesn’t mean we’re all going to start shooting each other. Just because cameras exist, doesn’t mean photographing each other naked is inevitable.

And I really think the death of privacy is being talked about by the people who want to kill it. And this is important. I talked about technology and law, and corporations: technology determines what’s possible, laws determine what’s legal, and then corporations determine what’s profitable. And then on top of that people get a couple of options, only what the other steps give them. And we’re seeing a world where, I think, laws are largely abdicating and giving the users very little choice. We don’t even have a consumer relationship with a lot of these companies.

I really think the death of privacy is being talked about by the people who want to kill it.

So to a very real extent I think that data is the pollution problem of the information age. I mean, think about it, all processes produce it, it stays around. What we’re talking about here is the secondary uses, how to dispose of it. And we don’t know what the future is going to look like. And also in a real sense, we’re not actually building the future. We in this room are building tools so our children could build the future. And I believe just as, you know, we look back at the kinds of industry from 100 years ago and wonder in amazement how they could completely ignore pollution and they rushed to build the industrial age, we also are going to be judged by our great grandchildren on what we did to deal with this data in a rush to build the information age. And these questions are really important. And it’s not enough to say: “Oh, people don’t care about privacy” or “Oh, they’re clicking the licenses, it’s too bad for them”. We are actually trying to set policy that determines what our world will look like.

A Password Is Not Enough: Why Disk Encryption Is Broken and...